In about 30 minutes or so, I will finally step foot onto Bangladesh in order to begin my amazing journey to 11 countries in 11 months as a missionary in the 10/40 Window. This is a good thing because the flight from Raleigh to the Far East is a long and exhausting one. I’m a little hangry and my leg is cramping up – scratch that, it’s officially numb. You know, the kind of numb that feels like needles when you try to move? Yeah. Ouch. Soon enough though, I’ll be on my way, breathing in the fresh air of a new People and doing what I do best on foreign soil: Building bridges with strangers and loving on people from various backgrounds.

At least that’s what my calendar app keeps reminding me of as I sit here and type from the floor of my oh-so, American bedroom and not from my coach seat on an airliner. Obviously, I’m not on an adventure through the 10/40 Window with my fellow post-grad missionaries on the World Race. In fact, I didn’t even get accepted into the program that I was absolutely confident I would get into; the adventure of a lifetime I whole-heartedly believed I was suppose to go on.

I still can’t fathom what God is up to in my life these days; having closed doors I was certain were meant for me and opening ones I would never have imagined. To be honest, I stopped trying to understand Him. I have decided that my mind just does not have the capacity to comprehend the magnificence He’s constructing (which provides a huge dose of humility and patience due to the level of trust that requires). But let’s be real, the last two years have been a whirlwind and in a good, “God is blessing me like crazy” kind of way. And if there is anything I have learned from such a gust, it’s that ultimately, God is the One making things possible and directing me where I should go – despite my thorough life-planning skills.

“A man’s heart plans his way, But the Lord directs his steps”
Proverbs 16:9 NKJV

2015 was the year that verse really became a reality for me. The year was extremely difficult with numerous challenges and heartbreak I never saw coming. Yet, I also find comfort in such Biblical truth because it means that God’s direction supersedes the plans of my heart, my intellect, and my needs. Thank goodness because without such direction, I would be utterly lost.

Funny, I thought I would be a missionary in the Third World with my backpacking gear and hammock this time last year. Turns out, God’s direction pointed me instead to disciple local 6th grade girls, helping them develop their faith and navigate through the complicated world of Middle School (a mission field in itself). I can’t help but think I’m still doing what I do best (building bridges with strangers and loving on people with various backgrounds) just not with whom I expected nor in the location assumed. 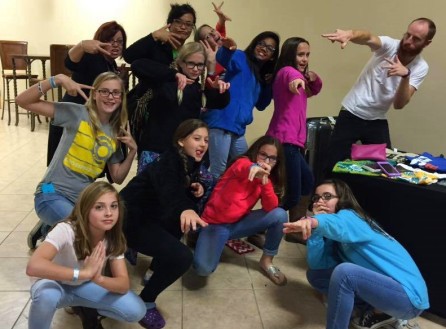 These days, there is a sense of peace when I face hindsight (even if it sends me annoying reminders of plane schedules) – certain elements remain the same but it’s evident that this moment is a result of God’s direction and my obedience to follow it. Looks like I am on an adventure of a lifetime after all.
Advertisement

An enthusiast of all things proverbial wisdom, the perfect road trip playlist, and holistic health, Angela is a firm believer in showing up and actively participating in life. If you can't find her, there's a good chance she's snapping photos in the mountains, exploring a new city, or scheming her next big adventure! A bucket list advocate, she deeply holds onto the power of intentional living, daily embracing a "child-like" curiosity, and partnering with others in order to positively impact the world. View all posts by Angela

One thought on “Adventure of a Lifetime”